December and January have proven to be wet and windy months in the UK, with several severe storms causing major flooding from both heavy rainfall and storm surges, as well as exceptional wave swells. The impact of storms, such as those experienced in the UK, and the devastating Typhoon Haiyan can be mitigated if accurate models for predicting the surge are in place.

CGI (NYSE: GIB) (TSX: GIB.A) is leading delivery of the European Space Agency (ESA) eSurge project to make satellite data more widely available to storm surge modellers and forecasters. eSurge will enable forecasters and the scientific research community to make the best use of data from the upcoming Sentinel satellites which are being delivered as part of Europe’s Copernicus programme Sentinel 1 scheduled for launch in April 2014.

In the UK, storm surge forecasts are provided by the National Tidal and Sea Level Facility part of the UK National Oceanography Centre (NOC). The NOC is developing advanced techniques for coastal altimetry that provides measurements of total sea level elevations close to land. The use of satellite data is unique for areas where in-situ measurements are lacking. As part of the eSurge project the NOC have developed a new coastal altimetry algorithm utilising the various altimeters currently in orbit. Once Sentinel 3 is launched (currently scheduled for mid 2015), it will provide operational altimetry measurements to better support the storm surge community.

The eSurge project is also working with users worldwide to facilitate sharing of models and expertise, with the aim of helping countries with less developed infrastructure to improve their surge predictions. A dedicated Storm Surge training course is being held next month at the National Maritime College of Ireland, Cork, on February 20th and 21st, 2014 that will bring together storn surge modellers and forecasters from across the world to review the impact the satellite data will have on the effectiveness of their models.

Cock Overbeek, UK Director of Space at CGI said, “eSurge will not only play an important role in helping predict potentially disasterous storm surges but is an excellent example of the type of innovation that the UK Government recognises the UK space sector can deliver. By leading the way in the development and use of downstream satellite solutions the UK can become a major force in the space sector as well as support UK economic growth.”

For over 35 years CGI has worked in the space industry delivering complex, mission-critical space systems. CGI works on the major European navigation, communication and earth observation programmes and are specialists in space security and ground control systems. CGI’s software has supported the missions of more than 200 satellites.

Founded in 1976, CGI Group Inc. is the fifth largest independent information technology and business process services firm in the world. Approximately 68,000 professionals serve thousands of global clients from offices and delivery centers across the Americas, Europe and Asia Pacific, leveraging a comprehensive portfolio of services including high-end business and IT consulting, systems integration, application development and maintenance, infrastructure management as well as a wide range of proprietary solutions. With annual revenue in excess of C$10 billion and an order backlog exceeding C$19 billion, CGI shares are listed on the TSX (GIB.A) and the NYSE (GIB). Website: www.cgi.com/uk 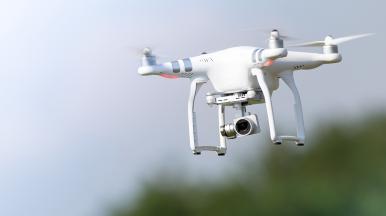 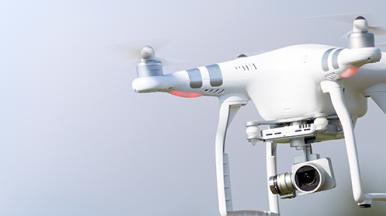 The CGI CarnotSat toolset allows satellite and network operators to evaluate and design hybrid networks, optimising for cost and performance against emerging use cases.

15 June 2021 Natasha Potgieter explores digital transformation within a hospital and how implementing similar digital solutions across the UK Justice System could improve processes and end-user experience.

The use of transformative technology in the UK Justice System

Exploring how CGI designed an open architecture based on open standards to create a web-based solution to effectively manage and maintain Active Travel data in Wales.